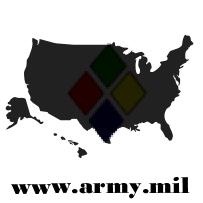 The US Army's move of 1.4 million users to the cloud for email is assisting to fix long-standing process problems across the department.
Mike Krieger, the Army's deputy chief information officer, stated the service and its partner, the Defense Information Systems Agency (DISA), which is hosting the email system in its private cloud, implemented the IT Infrastructure Library (ITIL) to smooth the transition and to improve business processes.
"We have made more improvement on business processes between the Army and DISA than you could imagine," Krieger said during the AFCEA D.C. Emerging Technology Symposium in Washington. "The biggest thing that enterprise email has done is establish some discipline in the Army and DISA on ITIL business processes. We didn't have that."
Krieger said the service solved its migration problems of a year ago because of the changes brought on by ITIL.
Be the first to leave a comment about the above article...
Other articles in the same section;
Tags; US Army,ITIL best practice,Defense Information Systems Agency,Emerging Technology Symposium
This article has been viewed 13035 times.
NB: This page is © Copyright ITILnews.com and / or the relevant publishing author. You may copy this article only in it's entirety, including any author bio and / or credits, and you must link back to www.itilnews.com.