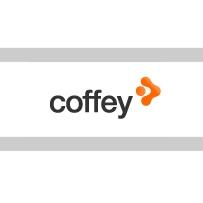 The downturn in market conditions resulted in an engineering consultancy having to reduce its workforce. Coffey International, with its headquarters in Sydney, Australia, appointed a new CIO (Chief Information Officer), John Talbot to drive through stability in the IT department following a turbulent eighteen months.
Talbot is introducing ITIL into the organization, having previously worked previously with ITIL as Head of IT at Colonial First State. ITIL will provide process-centric and process excellence framework.
Time will tell whether or not the approach will be successful.
Be the first to leave a comment about the above article...
Other articles in the same section;
Tags; ITIL,engineering consultancy,Coffey International,Chief Information Officer,John Talbot,Head of IT
This article has been viewed 9046 times.
NB: This page is © Copyright ITILnews.com and / or the relevant publishing author. You may copy this article only in it's entirety, including any author bio and / or credits, and you must link back to www.itilnews.com.