Is the ITIL Version 3 Honeymoon over? 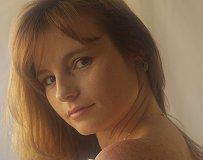 The preamble and build-up to the launch of ITIL Version 3 promised much but has it lived up to those promises six months after the launch in the middle of 2007 ?
In this article ITILnews.com attempts to objectively outline some of the observations following the release of ITIL V3, this could be considered as customer feedback and part of a post implementation review (PIR).
Are our observations correct and complete? Let us know, as we would appreciate your comments regarding V3. Click here to contact us.

The Office of Government Commerce (OGC) were proud to announce at the 'ITIL Launch road shows' that two hundred and fifty thousand copies of the ITIL Version 3 books had sold within days of being released and they had initiated a further print run. As a potential critical success factor, the signs appeared positive and were no doubt assisted by the 'ITIL Refresh' communications from the OGC, which provided the opportunity to pre-order copies of the books in advance.
So having delivered a publicity campaign around V3 and its associated launch all appeared to be positive. In hindsight an area that appears to have been neglected and arguably continues to be, is the intrinsically linked training industry that supports ITIL and its continued adoption. The 'ITIL V3 Foundation' course appeared slow to market, its credibility somewhat tarnished by various rumours regarding indecision surrounding examination papers and their marking, together with slow delivery of the results back to delegates. In addition, the fluid nature of the V3 Qualification Scheme with its complexity and lack of clarity has significantly impacted the adoption of V3.
In November 2007 an announcement was made stating that the Qualification Scheme had been finalised, yet the agreement on the name for 'ITIL Expert' qualification is still being debated and courses are still trickling into the marketplace.

Looking at the structure of an organization it is possible to generally identify three groups that exist:
The ITIL v2 Foundation course provided an understanding of how an IT department operated, why certain processes and functions existed or highlighted where they did not exist and also provided the opportunity for the delegate to understand how they contributed to an organization. Following the course the individual was able to return to the organization with an understanding that could assist with developing or improving processes and procedures. The delegate and the organization immediately benefited from attendance of this course.
Contrary to the ITIL v2 approach, the ITIL v3 Foundation course seems to 'skim' across each of the five publications that make up ITIL V3. The course does not attempt to target any particular group within an organization and consequently the examination at the end of the course simply tests for what has been learned on the course, which when the delegate returns to the organization offers few if any substantial benefits to the Strategy, Tactical and Operational groups. The course currently does not provide the substance to encourage the delegate or the organization to commit to further courses or development, especially when few if any follow-on courses exist currently.
Recommendation - As part of the original ITIL v3 project or program, additional product(s) regarding the Qualification Scheme and the associated training courses should have been identified, this would have enabled these products to have then been developed in parallel with the ITIL V3 materials. Nevertheless we are where we are. There is a requirement to communicate exactly when the proposed courses can be expected to be available and any delays published.  Recently the managers bridging course has slipped, yet little publicity has been given to this. Also, a post implementation review should be undertaken with regards the courses that have already been released, delegates and organizations should be canvassed to obtain their thoughts on the courses and the value delivered [Click here to let us know what do you think].

There is no doubt ITIL Version 3 has significant benefits to offer, but there is still considerable work to be undertaken to establish the level of confidence required for the market place to invest in the adoption of ITIL V3.
Currently ITIL v2 courses are still available and we understand will continue to be until the end of 2008 and potentially beyond. In the interim it may be safer to stick with ITIL V2 and then once confident, consider the adoption of ITIL v3 with the supporting courses established and proven.
We, at ITILnews, have attempted to provide an objective and valid opinion regarding ITIL V3. Are our observations correct and complete? Let us know, as we would appreciate your comments regarding V3.
Be the first to leave a comment about the above article...
Other articles in the same section;
Tags; ITIL Version 3, ITILnews, ITILnews.com, ITIL V3, Office of Government Commerce, OGC, ITIL Version 3 books, ITIL Refresh, ITIL V3 Foundation, ITIL V3 Foundation Course
This article has been viewed 9261 times.
NB: This page is © Copyright ITILnews.com and / or the relevant publishing author. You may copy this article only in it's entirety, including any author bio and / or credits, and you must link back to www.itilnews.com.