The Current State of ITIL Adoption and Implementation 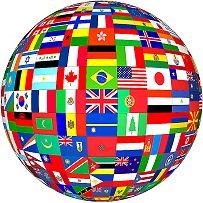 The Information Technology Infrastructure Library (ITIL) is a best practice framework that is publicly available for use by the IT industry. While ITIL has been in existence for over twenty years, the global adoption of ITIL has increased significantly under ITIL v2 in the last five years, and is continuing to be adopted under ITIL V3. ITIL V2 is a focused, process-orientated best practice framework focused on a limited set of key processes grouped under Service Delivery and Service Support. ITIL V3, released in May 2007, significantly expanded the scope of the ITIL framework, moving the ITIL framework to a service lifecycle approach.
Much debate has occurred in the past few years over the use of the terms ITIL adoption, versus ITIL implementation. Some IT professionals have stated that you can adopt a best practice framework, not implement a best practice framework. Other IT professionals have stated that an IT organization can implement improved or initial IT Service Management (ITSM) by implementing enhanced business processes using the body of knowledge in the ITIL framework as an enabler of implementation. This debate will likely continue. For purposes of this article the terms will be used interchangeably.
The key issue for the adoption and implementation of the ITIL framework is that the ITIL framework appears to be firmly established as an accepted, and used, best practice framework for ITSM across the globe. Many IT organizations began to adopt ITIL V2, and were in progress on these adoptions when after three years of development ITIL v3 was released in May 2007. A September 2009 survey of state of ITIL globally[1] indicated that
These results would indicate that globally the service lifecycle approach of ITIL v3 has not been implemented by IT organizations, and that IT organizations that were adopting ITIL v2 processes continued with their implementation projects despite the release of ITIL V3.
Do these results indicate ITIL v3 will not be adopted globally across IT organizations? No, what these results indicate is that successful change in an IT organization to a new set of business practices, or processes, can take an extended period of time to successfully occur. The September 2009 survey of the state of ITIL globally[2] indicates that the two factors that have stopped, or slowed, IT organizations from adopting ITIL, specifically ITIL V3, are:
1. Lack of resource (time or people)
2. Organization - cultural resistance to change
These results are somewhat surprising since these factors indicate the technical capability exists within IT organizations to adopt ITIL, but that the case for change has not been either articulated or accepted within IT organizations.
An adoption of ITIL as part of improved or enhanced ITSM must have a measureable benefit to the IT organization, typically in improved service quality and lower costs. When an IT organization initially is considering an ITSM project, a business case is typically conducted to determine the return on investment (ROI) from expending organizational resources. With a clearly stated ROI, and related measureable benefits, an ITSM project using ITIL should be able to gain support and resourcing to be executed. However, with the number of competing demands in IT organizations to use resources to support existing infrastructure, the case for implementation of ITSM, and specifically ITIL, is not always successfully executed in IT organizations.
Conclusion
The ITIL framework is being adopted across the globe, based on the number of IT organizations obtaining the ISO/IEC 20000 certification, and the number of IT professionals pursuing various components of the IT certification scheme. This adoption appears likely to continue, but IT organizations will need to continue to evolve their approach to quantifying and defining the benefits of adoption and implementation of ITSM, using the ITIL framework, for the adoption rate to accelerate in the next three years.
[1] "ITIL: State of the Nation Survey Findings," Hornbill Systems, September 2009
[2] Ibid
This article is derived from the book, The Business of IT: How to Improve Service and Lower Costs, by Robert Ryan and Tim Raducha-Grace, published by IBM Press, Sept. 2009, ISBN 0137000618, Copyright 2010 by International Business Machines Corp. For a complete Table of Contents, please visit the publisher site: www.ibmpressbooks.com/title/0137000618
Mr. Ryan, IBM Global Business Services, can be contacted at robryan@us.ibm.com or www.thebusinessofitbook.com.
Be the first to leave a comment about the above article...
Other articles in the same section;
Tags; adoption of ITIL,ITIL Implementation,ITIL,ITIL v2,ITIL v3,Robert Ryan,Information Technology Infrastructure Library
This article has been viewed 19723 times.
NB: This page is © Copyright ITILnews.com and / or the relevant publishing author. You may copy this article only in it's entirety, including any author bio and / or credits, and you must link back to www.itilnews.com.