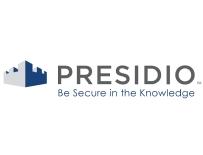 How do you transform your data center from its current stove-pipe approach to the technology and process of the much heralded next generation data center?   When I sift through the list of great and visionary qualities that many believe will define the data center of the future, I view these four as having the highest potential impact, which means they most likely will be broadly adopted in the near term:
1.      Virtualization, with physical world restraints removed
2.      Increasing focus on power and cooling efficiency
3.      Shift to Industry Standard Hardware
4.      Based on ITIL (Information Technology Infrastructure Library) Standards
Leveraging the true benefits of virtualization
One thing is certain: the data center of the future is virtualized.   To many, this means running multiple virtual machines on the same physical hardware.  This brings great efficiency to the server side of the data center equation, but that is only half of the true benefit of virtualization.  Mobility of applications is perhaps a greater benefit.  When operating systems and applications are abstracted from the underlying hardware, the physical world constraints are removed.  For example, if   applications no longer need to be tied to a specific hardware infrastructure set, our data center is no longer a physical place, but can exist wherever appropriate server and storage capacity are available with the necessary intelligent network infrastructure to connect them.  This allows us to compute in our own "private clouds" - virtualized infrastructure that we own or control - or to take advantage of "public clouds" - virtualized infrastructure that is available to us on a fee-for-service consumption model - as our business or compute requirements demand.
Amping up the power and cooling efficiency
We all got a wake-up call in the summer of 2008 with oil at $145 per barrel combined with many data centers having available rack space, but no power capacity to electrify them or cool the hosted electronics.  One of the only positive attributes of the current global economic downturn is the relief we have seen in energy pricing as demand has ebbed.  As the world economy recovers, we should expect competition for scarce energy resources to return.  According to recent research from HP, 1 to 2 percent of energy consumption in the U.S. is tied to powering and cooling data centers.  Fortunately, the IT industry has responded.  Beyond server virtualization, which allows us to host many virtual machines on a single hardware platform, many manufacturers have developed innovative hardware and software that makes computing more energy efficient.  For example, Intel's latest Xeon processor 5600 series automatically regulates power consumption and intelligently adjusts server performance according to your needs.  Cisco has introduced its EnergyWise technology, which brings disparate networks, services, and network-attached devices into a common view and set of policies for measuring and optimizing organizational power consumption.  Both HP and IBM have released next generation servers combining Intel power management technology with new software and greater than 90 percent efficient power supplies,  dramatically reducing power and cooling requirements from the previous generation.  Major storage suppliers like EMC are including flash drives and low power SATA (Serial Advanced Technology Attachment) that drives into their product lines to make the power consumed per megabyte of storage significantly smaller.
Shifting to Industry Standard Hardware
Gartner Group is predicting a 25 percent decline in the Unix server market over the next four years.  This can be attributed primarily to the adoption of virtualization and the impact of innovation from Intel and other players in the X86 market.  Collectively, we expect to see the next generation data center infrastructure dominated by X86 based server hardware - likely based on blade servers.  These server farms will be connected to lower cost, tiered storage by 1G and 10GB Ethernet.  Since a vast majority of applications will be virtualized and thus abstracted from their underlying hardware, there will be an intelligent layer of orchestration software that helps to provision, manage and optimize the use of this hardware.
Adoption of virtualization has given many organizations an opportunity to reexamine Ethernet-based file level Network Attached Storage (NAS) and block level Internet Small Computer System Interface (iSCSI) as  viable options for their application's storage needs.  While not as feature rich as traditional array-based Storage Area Network (SAN) technology, both these technologies can offer significant savings both in acquisition cost and ongoing support and operating costs.  Further down the road, expect Fiber Channel over Ethernet (FCoE) to become a dominant transport for servers to access network-based storage, doing so at a significantly reduced cost to today's dominant Fiber Channel technology.
Broad Adoption of the ITIL Framework
There is symbiotic relationship between the virtualization technologies driving the next generation data center and ITIL.  Both are breaking the molds that we have traditionally used to organize our IT build and support teams.  IT Service Delivery and management can no longer be segmented based on the traditional silos of server, storage, network, database and applications.  Virtualization blurs these lines from a technology perspective.  ITIL demands that we migrate from a functional view to a process perspective.  Since each enables adoption of the other, we see a direct correlation between success with ITIL and success with implementing and operating a virtualized data center.  Thus, the data center of the future will have a very tight understanding of the business requirements of the applications they are deploying and supporting, in addition to very well thought out and automated provisioning processes and tools to help the IT department quickly react and get the most from their assets.
These four trends - virtualization everywhere, improved power and cooling efficiency, move to industry standard hardware, and broad adoption of the ITIL framework - represent the current ideas that will have the most impact on the data center of the future.  Enterprises that are adopting these principals within their current and future private cloud initiatives will enjoy the benefits of a next generation data center that has higher performance, is less costly to deploy and operate, flexible, easy to manage and orchestrate and, most importantly, responsive to the IT needs of their business.  Better-Faster-Cheaper; who doesn't want that? 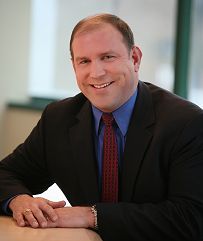 About the Author
Dave Hart - Chief Technology Officer and Executive Vice President, Presidio, Inc.
As Chief Technology Officer, Dave guides technology and solutions strategy for Presidio's enterprise, commercial, and government industry segments. With nearly 20 years of experience working in the Information Technology integration industry, Dave is tasked with helping enterprises and government agencies thrive through the integration of advanced technologies, delivered by Presidio's highly certified engineers.
Mr. Hart has a B.S. in Industrial Technology and an M.S. in Manufacturing Engineering from the University of Massachusetts.
Be the first to leave a comment about the above article...
Other articles in the same section;
Tags; ITIL,Information Technology Infrastructure Library,Business Strategy,Data Center,ITIL Framework,Dave Hart,Presidio
This article has been viewed 15245 times.
NB: This page is © Copyright ITILnews.com and / or the relevant publishing author. You may copy this article only in it's entirety, including any author bio and / or credits, and you must link back to www.itilnews.com.