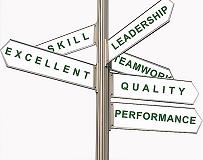 At ITILnews.com we are committed to providing value to the Service Management marketplace.  This article provides those of you responsible for Change Management with a suggested set of Key Performance Indicators (KPIs) that you can utilize.
% of outage due to changes (planned unavailability)

Percentage of outage (unavailability) due to implementation of planned changes, relative to the service hours. Seems to be a duplicate of bullet 5

Average amount of time (e.g. in days) between the registration of changes and their closure.

% of changes scheduled outside maintenance window

Number of opened, urgent changes relative to the total number of changes opened in a given time period. This KPI reflects the size of the potential risk of urgent changes on the quality and performance of the change management process.

% of unplanned outage/unavailability due to changes

% of changes that required restoration of backup

Percentage of changes that required restoration of backup during the implementation.

Number of closed changes which were not carried out or were rolled back relative to the total number of changes closed in a given time period.

Ratio of number of incidents versus number of changes

Ratio of number of incidents versus number of changes

% of changes that cause incidents

% of implemented changes not approved (by management / CAB)

% of changes initiated by customers

Percentage of changes initiated by customers (of IT services), instead of the IT department, relative to the total number of initiated changes within the measurement period.

% of refused changes by CAB

Percentage of refused changes by CAB.

Percentage of time (in labour hours) used to coordinate changes relative to all time used to implement (and coordinate) changes.

% of incidents caused by deficient documentation

Percentage of incidents that are caused by deficient documentation.

We have sourced the above from http://kpilibrary.com. If you have any further KPIs then please feel free to share them with us...

Be the first to leave a comment about the above article...
Other articles in the same section;
Tags; ITIL v3,Change Management KPI,Service Management,Key Performance Indicators
This article has been viewed 76121 times.
NB: This page is © Copyright ITILnews.com and / or the relevant publishing author. You may copy this article only in it's entirety, including any author bio and / or credits, and you must link back to www.itilnews.com.