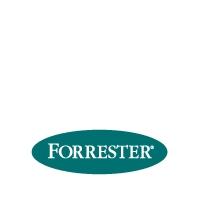 A study undertaken in April and May 2011 by Forrester and the itSMF found ITIL has a positive impact on organizational productivity, service quality, IT department's reputation with the Business and operational costs.
Primarily focused in the USA, data was collected from four hundred and ninety one (491) qualified subjects heavily involved in ITSM efforts (69% have two or more years of ITSM experience and 95% hold some level of ITIL certification; 50% at an advanced level).
Although the report is still being edited, Glenn O'Donnell, the author, announced at the itSMF national conference in Washington DC, that ITSM offers significant benefits to both organizations and to individual professionals.
Glenn shared a few of the findings from the study as follows:
Change Management was identified as an area still in need of improvement, notable how change management execution still causes too many incidents. 58% of the subjects say over 10% of their incidents are caused by change. 25% are excessive (over 40% of incidents) and a beleaguered 22% don't know. These numbers are not good, but convey a better scenario posited by the urban legend that about 70% of all incidents are the result of a change.
Forrester and itSMF shall be making the full report available to its members once complete. The exercise is hoping to be repeated again in 2012 but involve itSMF members from around the globe.
Be the first to leave a comment about the above article...
Other articles in the same section;
Tags; ITIL Benefits Study,ITIL certification,Glenn O'Donnell,Organizational productivity,Service quality,Operational costs
This article has been viewed 14123 times.
NB: This page is © Copyright ITILnews.com and / or the relevant publishing author. You may copy this article only in it's entirety, including any author bio and / or credits, and you must link back to www.itilnews.com.