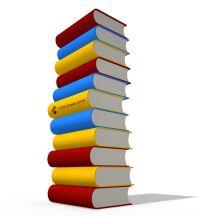 The publication of the updated ITIL Core Publications on Friday 29th July 2011, entitled ITIL 2011, has resulted in the ITIL Glossary of Terms to be updated and translated accordingly. Six languages have been completed so far, with the remaining languages being updated and will be published in due course. Currently the free downloads are available in the following languages:
It should be noted that the 2011 glossaries should not be used for exam preparation until the updated translations are available. The translated exams will align to the 2011 glossaries in early 2012.
The free ITIL downloads are available, subject to agreeing the terms and conditions, by clicking here.
September 2011 - ITIL 2011 - Additional Glossary and Abbreviations
The ITIL 2011 Glossary and Abbreviations Free PDF download has been translated and is now available in the following languages in addition to English:
Terms and conditions apply and must be agreed to before downloading is permitted. To gain access please click here.
Be the first to leave a comment about the above article...There is 1 comment awaiting user validation. There is 1 comment awaiting publication.
Other articles in the same section;
Tags; ITIL 2011,Glossary of Terms,Free Downloads,ITIL pdf
This article has been viewed 27210 times.
NB: This page is © Copyright ITILnews.com and / or the relevant publishing author. You may copy this article only in it's entirety, including any author bio and / or credits, and you must link back to www.itilnews.com.