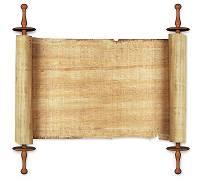 End of the 1980s
Following a series of high profile failed Public Sector IT projects that were reported in the media, resulting in much criticism and debate levied at the government in power, the Central Communications and Telecommunications Agency (CCTA) commissioned and managed the production of the Information Technology Infrastructure Library (ITIL). The production centred on the areas of Service Support and Service Delivery, involving various organizations and experts working in the IT industry sector at the time.
1991
During this period a series of ten books were published covering the areas of ITIL Service Support and ITIL Service Delivery.
1991
The commercial potential of ITIL begins to be realized. A selection of private sector organizations as well as the UK governments Civil Service College are invited to become ITIL training providers. In addition the Information Systems Examination Board (ISEB) part of the  British Computer Society (BCS) agree to deliver and administer the first ITIL examination - the ITIL Managers Certificate.
Gradually organizations from all industry sectors both private and public begin to seize upon the benefits of itil
1993
In the Netherlands, the Examination Institute for Information Science (EXIN) is established to deliver ad administer the ITIL examination.
1993-1994
The ITIL Foundation course is launched providing a three-day introduction or entry level into ITIL with a multiple-choice examination being provided.
1995
Continued international interest grows with regards ITIL and adoption of the best practice increases.
1998 - 1999
Work commences to update ITIL, leading to the eventual production of version 2.
1999 - 2000
The British standard for IT Service Management, BS15000 is developed with the input from several organisations from various industry sectors.
2000 - 2001
In North America the Loyalist College based in Ontario in Canada becomes an authorised examination board
2000
ITIL Service Support (version 2) book is published by the Office of Government Commerce (OGC). The Central Communications and Telecommunications Agency (CCTA) changes its name to the Office of Government Commerce (OGC).
2001
Microsoft release the Microsoft Operational Framework (MOF) based upon ITIL.
2001
OGC release the ITIL Service Delivery book
2001/02
EXIN introduce the first ITIL Practitioner courses and examinations
2002
With the sudden downturn in the world economy, organizations look internally for ways of reducing costs and becoming more efficient and competitive. ITIL is recognized as a solution and its popularity continues to grow
2003/04
The British Computer Society's ISEB introduces ITIL Practitioner courses and examinations.
2005
OGC announce that work is to commence on the production of ITIL version 3, which is planned for release at the end of 2006 or early 2007.
2005
BS15000 version 2 is released, once again based upon ITIL. Registered Certification Bodies (RCBs) and accredited BS15000 Training organizations are established.
2005
In December BS15000 is superseded by ISO/IEC 20000 version 1, once again based upon ITIL best practices.
2006/07
2007 OGC release ITIL Version 3. The scope of ITIL v3 expands to cover the complete Service Lifecycle. Five core ITIL books are produced covering Service Strategy, Service Design, Service Transition, Service Operation and Continual Service Improvement.
2007 OGC announces that the APM Group (APMG) are awarded contract to become the ITIL Official Accreditor.
2007 ITIL Foundation course is released to the marketplace, although debate continues around the shape of the ITIL Certification Scheme together with the associated 'points' scheme.
2007 November - ITIL Managers Bridge course released to market.
2008 ISO/IEC 20000 Foundation course released to the market.
2008 Plans are announced to update and expand ISO/IEC 20000 over the next twenty-four months.
2008 APMG announces that the 'ITIL Lifecycle and Capability' courses will be released to market in two phases, October 2008 and January 2009.
October 1, 2008
January 1, 2009
2009 ISO\/IEC 20000 Foundation certificate launched enabling individuals within an organization to establish an understanding of the subject and qualification
2009 ITIL v3 Software Endorsement Scheme launched by OGC-APMG.
2009 Throughout the year the ITIL core books and ITIL Examinations are translated and published
2009 ITIL v3 Masters qualification being piloted and should be finally available in 2010
2010 Office of Government Commerce (OGC), the owners of ITIL announce the 'Retirement Plan for ITIL v2'. The key dates are:
Re-sits for all of the above examinations will be available until 30 June 2011.
The timetable for 2011 will see the following product (examinations) withdrawn:
2010 New ITIL Examination Institute accredited: Peoplecert Group
2010 ITIL v3 Software Endorsement Scheme update provided and assessment criteria issued for free download.
Be the first to leave a comment about the above article...
Tags; ITIL v2, ITIL v3,Information Technology Infrastructure Library, ITIL, Examination Institute for Information Science, EXIN, ITIL examination, IT Service Management, ITIL Service Support, Office of Government Commerce, OGC, ITIL Service Delivery book, ITIL Practitioner courses
This article has been viewed 19331 times.
NB: This page is © Copyright ITILnews.com and / or the relevant publishing author. You may copy this article only in it's entirety, including any author bio and / or credits, and you must link back to www.itilnews.com.